Where do youth end up after high school, and why?

What makes a high school student with special needs more or less likely to go onto postsecondary education? It’s no idle question. University and college can lead to better pay and higher socio-economic status. Figuring out what stands in the way is important not only for students, but for the communities they will help build.

McMaster University’s Karen Robson, an expert in at-risk youth, has been analyzing student census data from the Toronto District School Board (TDSB) dating back to 2006 and has come up with some answers. Working with TDSB researchers, Robson set out to discover what factors affect postsecondary education access for students with special education needs, and how these factors compare to students without such needs.

It is a finding that makes Robson—in her own words—rant.

“One of the things we do badly in Canada is talk about race,” she says. “By not having these conversations and not measuring outcomes, it continues to matter in insidious ways: black students get funnelled and have incredibly limited life chances in terms of social mobility.”

As the Ontario Research Chair in Educational Achievement and At-Risk Youth, funded by an endowment from the government of Ontario, Robson hopes to give policy-makers the information they need to make changes.

She has high praise for the TDSB, which she says is exceptional in its willingness to measure outcomes based on a variety of factors, including race. This, and its willingness to act on the data it collects, may help explain the most recent trend to emerge from its census.

Robson is just about to publish data comparing 17-year-olds in 2006 to 17-year-olds in 2011. In both cases, she tracked their postsecondary pathways over the course of three years. Data from the most recent cohort of 17-year-olds shows students who self-identified as black were more likely to go onto to university or college than they were in 2006.

While Robson and her team did not analyse the 2011 data to see if the situation for black male students with special education needs had changed, they found encouraging figures for black students in general.

So what changed? “That’s a good question because nothing about the students themselves changed,” says Robson. Like any good researcher, she is careful about interpreting what the data says and what it doesn’t.

However, she is willing to speculate: “Maybe more awareness around equity issues in the last five years has created an atmosphere that’s better for racialized students,” she says.

Robson is now collaborating with researchers in four other major cities to better understand what factors affect their marginalized students’ access to postsecondary education. The Gateway Cities Project is delving into school board census data from Chicago, London, New York City and Vancouver. More specifically, the team is looking at how race, sex and class influence pathways to college and university.

Preliminary results from Chicago show black youth in that city are even more likely than those in Toronto to go onto postsecondary education, suggesting Toronto educators might have something to learn from those in Chicago.

“Maybe it’s about the Historically Black Colleges and Universities,” says Robson. “Maybe they have more targeted policies because they aren’t afraid to call out racism.” 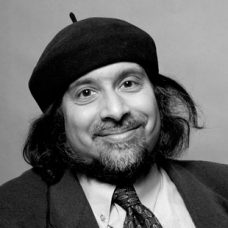 Aaron Fisk
University of Windsor
How do we build a sustainable Arctic fishery?
Learn More

Karen Robson
In this section