Building robots who can lend a hand

When Farrokh Janabi-Sharifi, a Professor of mechanical and industrial engineering at Ryerson University, connected with a network of cardiologists and learned about the challenges of treating many heart problems, he turned to his own passion for robots to develop a solution.

The procedure to treat conditions like atrial fibrillation (AFib), an irregular heartbeat caused by abnormal electrical signals in the upper chambers of the heart, can be made difficult by a simple human element: shaky hands. Janabi-Sharifi has developed a robot that can automate this procedure and, according to studies conducted by his team, perform them with greater precision than humans. Janabi-Sharifi has also developed an approach by which the robots learn by observing humans, thus removing the need for any programming.

“It’s a revolutionary idea,” says Janabi-Sharifi, “and the goal is to save lives.”

"Robots emulate our lives and help us to understand ourselves. They're more than machines; they are perceptive and communicative, and they're our future partners."
Farrokh Janabi-Sharifi
Professor of Mechanical and Industrial Engineering at Ryerson University 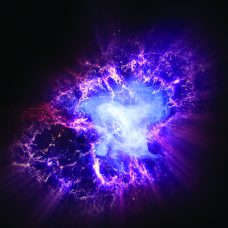